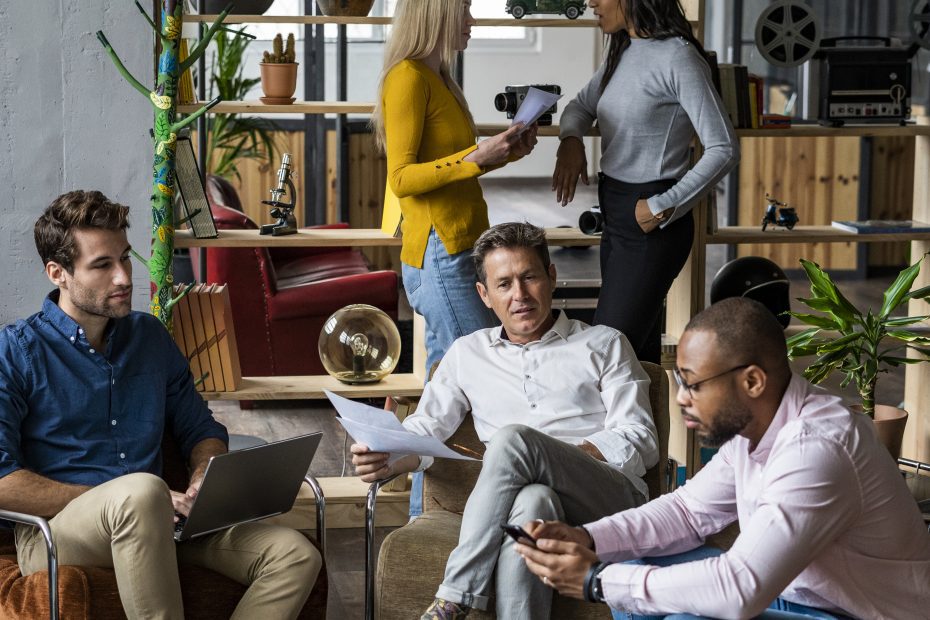 Being a decision-maker in today’s organisations is tough. With so much change and volatility, managers are facing an ever-increasing number of more complex decisions.  There is lots that can be done to boost the decision capability of individuals but decisions aren’t made in a vacuum. Even the most skilled decision-maker will only be truly effective if they are operating in an organisation environment that supports good decision-making.

So where do we start?  Here are our top 5 areas of focus for creating the conditions that enable excellent decision-making in your organisation

Lack of Empowerment and Autonomy

People who have autonomy over their jobs, are able to make their own decisions and are involved in decisions that affect them have been found in multiple studies to be healthier and have improved wellbeing.  On the flip side a lack of job control is one of the primary sources of work-related stress.

Whilst many organisations have empowerment as one of their values, relatively few people working in organisations truly believe they’ve got the capacity and authority to act independently and make decisions.  Giving people decision-making autonomy is essentially about distribution of power and trust. And we often see leaders who pay lip service to relinquishing control.  It’s important for leaders to be mindful of the shadow that they cast with their actions and their behaviours that can stop people being able and willing step up and take ownership.  Read our article on Leadership Shadows to find out more.

Clarifying and deciding on decision-making rights is a central challenge of leadership. It’s the ability to strike the right balance between protecting the organisation from the risks associated with poor decision making and allowing our people the freedom to use their creativity and intellect to contribute to the organisation’s purpose and strategic objectives.

Individuals also have their part to play in creating the right conditions for great decision-making.  The old spiderman quote, also known by some as the Peter Parker principle – “with great power comes great responsibility” – sums this up perfectly. Individuals need to be proactive not passive.  Very often people fall into a pattern of only involving themselves in decisions when being directly asked for their contribution.  Giving explicit permission can be important. Individuals can be so used to organisations that constrain their ability to make decisions that they might need an explicit message clarifying their decision-making rights and accountabilities, but this needs to be supplemented by other tactics.

Key to disrupting existing patterns is understanding the root causes.   After all, there’s no point investing time in helping your team develop better practical judgement or commercial acumen if there is a bigger issue that will still hold them back.

If you are an organisation that wants to make a shift on the decision-making spectrum where you actively involve or delegate decision-making to your team then this is likely to require a mindset shift for both leaders and individuals.  Our mental models around power and control and existing ways of working can be deep-rooted.

Lack of Investment in Decision-making capability

There’s a perception that decision-making expertise is built over time and comes with experience.  Whilst that is true in part there is lots that can be done to improve the decision-making skills of even the most junior members of your team.  Understanding bias, intuition, and the impact of emotions, learning about the importance of using data, learning how to generate options, and using some simple but powerful tools to help weigh up the options and trade-offs can all significantly boost the quality of decisions that get made.

And no discussion about decision-making capability would be complete without talking about the role of line managers.  Too many organisations have an advice culture.  Line managers are positioned as chief problem solvers and feel their value is determined by their ability to solve the problems their teams come to them with.  When managers default to giving advice, they prevent people from developing their own judgement, capabilities and confidence to make great decisions.

Adopting a coaching approach, where people are supported to work through how to solve their own challenges, is a much more effective route to building whole teams that are capable of making strong business decisions, not just a small tranche of senior leaders.

In too many organisations decisions are still being made in silos which means a lost opportunity to a get to a better answer by drawing on the combined knowledge, diversity, and brilliance of all the human minds we are working with. It’s a missed chance to have preconceptions challenged and our eyes opened to see how much we’ve fallen prey to biases that prime us to filter out information that doesn’t fit into our worldview.

To tackle this issue try these tactics:

Effective team decision-making requires a supportive climate for people to actively engage  People will only share information and communicate openly in decision-making situations if they can do so without fear of negative consequences for their wellbeing, status or career.

Psychological safety – the “shared belief that the team is safe for interpersonal risk-taking”  – has been researched by Harvard organizational behavioural scientist, Amy Edmondson, was found to be a significant factor in team performance. Google also ranked it as the top requirement for successful teams.

Psychological safety is more than just individuals feeling their team is a safe space to speak up and ask questions.  Teams experiencing psychological safety are also willing to challenge each other, ask searching questions, admit mistakes and bring up topics and engage in discussions other teams may shy away from.  All these contribute to enabling better decision making.

Psychologically safe teams are also better placed to learn from errors which helps them calibrate and learn to make better decisions – and take better approaches to decision-making in the future.

Our final condition for great organisational decision-making is transparency.  Decision-making can only be effective if our teams have access to the right information at the right time.  Making decisions with out-of-date information or without knowledge of the full context surrounding a decision will inevitably lead to a poorer decision-making track record. Whilst some decisions may still be successful using only limited information, over a longer time frame decisions are unlikely to be consistently good.

Fostering a culture where information is shared freely is a critical step in effective decision-making.  Everyone needs access to the latest information and needs to know how to access it.  The research strongly points to transparency being a key lever for effective teams yet so many organisations don’t operate with transparency as their default setting.

Many organisations have a mindset and practices which limit information and knowledge sharing.  Progress and upcoming decisions are kept as closely guarded secrets and information is retained in pockets across organisations. Sharing information is not the norm and teams are not trusted to be given potentially sensitive information – though often this says more about the wider culture of the organisation that the ability or trustworthiness of individuals to manage this information.

Surfacing and elevating where decisions are happening can be transformational for an organisation.   When decisions in progress and those in the future pipeline are shared openly it allows individuals to spot when and where there are opportunities to share their insights and expertise.   Your teams can align their work with others, they can surface dependencies and conflicting priorities, highlight important forgotten aspects, and avoid duplication of effort.  All this will make your teams’ decisions more effective.

Increasing information transparency and surfacing decision-making so it becomes visible requires a two-pronged approach.  First, you need appropriate technology platforms to facilitate information, decision-making and knowledge sharing and a team that know how to make the most of the functionality available.  Make information accessible to everyone by default and only allow information to be classed as ‘sensitive’ if it truly warrants it e.g. to comply with regulatory and legal requirements.  Make sure you audit what platforms are being used for what purpose and ensure that people are using them in a consistent way to avoid duplication or confusion.

Secondly, you need to initiate a mindset shift.   A great starting tip is to map which decisions are being made in your organisation. This can help move your organisation from unconscious to conscious decision making. Once you have visibility of decision-making you can start to identify how to help others get involved.

As with many things it is down to the leader to role model what transparency looks like.  Leaders need to take ownership for making sure transparency is maintained.  This means recognising and rewarding when it does happen, monitoring and intervening when you see it’s gone off track or something’s not being shared in the way you’re hoping , giving people the support and training they need to make that shift to a different way of working and facilitating sharing information of data about day-to-day activities and being transparent with each other.

Creating the right conditions is the bedrock of great organisational decision making.  Organisation context shapes the decisions that are made, whether they get made or not,  where, when and the speed at which they are made, who’s involved – and who’s excluded, and the process used

Effective decision making can positively influence every aspect of an organisation’s running, its efficiency, the quality of its products or services, the quality of the strategies that get developed and the extent to which they’re executed.  Decision also impacts on the motivation, engagement and well-being of our people too.

Pay attention to the culture that is influencing decision-making in your organisation.  Once you are more aware of the patterns and forces at play you can start to identify the elements that need to alter and the levers that can be used to effect change

Take the Decision Edge Scorecard to find out how to increase the quality of decision-making in your organisation.  And subscribe to our weekly newsletter to get more leadership and organisational insights.