Home » Blog » Is Multi-tasking a myth?

Is Multi-tasking a myth? 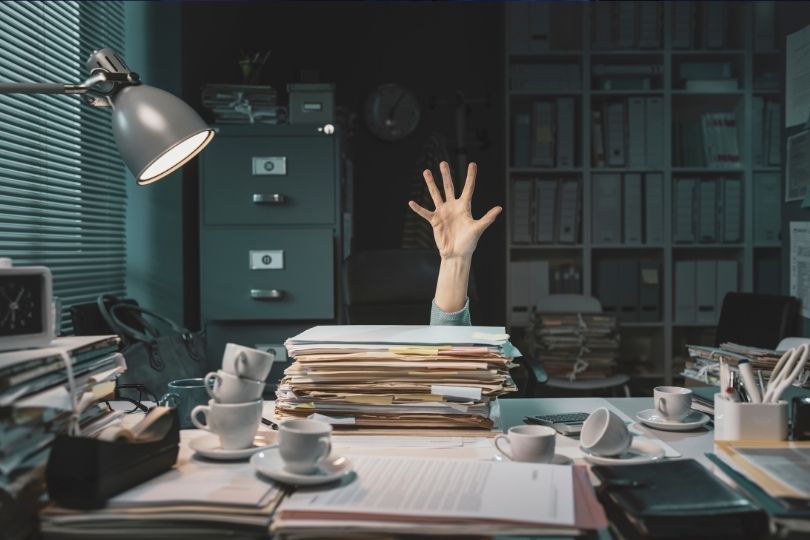 Is Multi-tasking a Myth?

76% of people describe themselves as multi-taskers with the minority saying they preferred to work on one task at a time according to a recent poll we ran on LinkedIn.  It prompted a good discussion with opposing views. Some felt multi-tasking was a myth and others said that whilst some people might prefer to be more single task-focused, the modern workplace simply doesn’t accommodate that.

In our modern lives, it has become commonplace to multi-task.  Watching TV and using our phones at the same time is a regular habit for many. And who hasn’t been guilty of being on a Zoom call and responding to emails or checking social media?  So, we thought it would be interesting to dig into some of the research and see what the science says.

Let’s start with Cynthia Kubu, PhD, Professor of Neurology at the Cleveland Clinic.  She says our brains are wired to focus on one thing at a time.

“When we think we’re multitasking, most often we aren’t really doing two things at once, but instead, we’re doing individual actions in rapid succession, or task-switching”

Only 2.5% of people can effectively multi-task say Strayer and Watson in their2010 study. Their sample showed just a handful of people who showed absolutely no performance decrements with respect to performing single and dual tasks.  For the rest of us, it appears our brains can only devote their full attention to one thing at a time. In other words, multitasking is a myth.

We tend to think of our brains as capable of tackling multiple tasks at once. But the reality is this: our brains are switching machines.  When you think you’re multi-tasking, what your brain is really doing is toggling between the different tasks in rapid succession.

Research shows that when our brains are forced to constantly switch from one task to another, we become less efficient and are more likely to make a mistake. Switching between tasks consumes energy, depleting both mental and physical reserves and decreasing efficiency—especially when switching between complex tasks that use similar mental functions.

When we perform multiple tasks that require varying levels of attention, our cognitive demand increases dramatically, putting strain on our brain’s resources by forcing it to quickly adjust its focus from one activity to another over and over again.

Switching also wastes time because after switching from one task to another, there’s a period of getting back up to speed before making progress on either task.  Research by the University of California-Irvine found that regaining our focus after an interruption takes, on average, upward of 20 minutes for attention-rich work.

How much of a problem this is depends on how much attention a particular task demands.  An “attention-rich” task is one that requires deep thought or carries high stakes (such as running down emergency stairs in a burning building or solving a complex problem).  An “attention-poor” task is something routine, like brushing your teeth or tying your shoes (unless you are a 3-year-old learning to tie laces for the first time!).

Tasks that require concentration are better suited to mono-tasking and trying to multi-task whilst doing these types of tasks is likely to be a false economy for the vast majority of us.    The problem with multitasking is that it’s addictive – and potentially more fun.  Responding to an email or Slack message right away hits the instant gratification button.  Whilst resisting distractions and staying on task takes self-control to stay focused.  So, with multi-tasking so embedded in our way of working what can we do to switch more mono-tasking?

First up, categorise your tasks into “attention rich” and “attention poor” tasks.  For the attention-rich task make a concerted effort to block out time in your calendar to allow you the space and time to work on them uninterrupted.  Cut yourself some slack on the tasks that need less attention but do so knowing you are probably making them take longer by multi-tasking.

Secondly, be honest with yourself about the conditions you need to create to do your best work.  It turns out the science also shows we regularly overestimate our ability to multi-task.  Can you really get that report written and keep up with the Slack channel chat at the same time?  Try some experiments to see if you are more efficient when you switch to mono-tasking versus multi-tasking.

Thirdly, don’t conflate mono-tasking with being slow.  You can mono-task on a series of tasks in quick succession. It’s the switching back and forth between tasks that takes up cognitive load and slows you down.

Fourth, employ technology and tools to help you focus and create uninterrupted time to mono-task.  Tools like Forest and Flora help you block distractions from technology.  And the Pomodoro technique is one to try.  Using this technique, you break your workday into 25-minute segments each separated by a five-minute break. Commit to one task per segment and see how you get on.

Finally, remember you get to choose how you spend your cognitive resources.  By limiting task-switching throughout the day, you can ensure that you have the capacity to focus on what is most important.