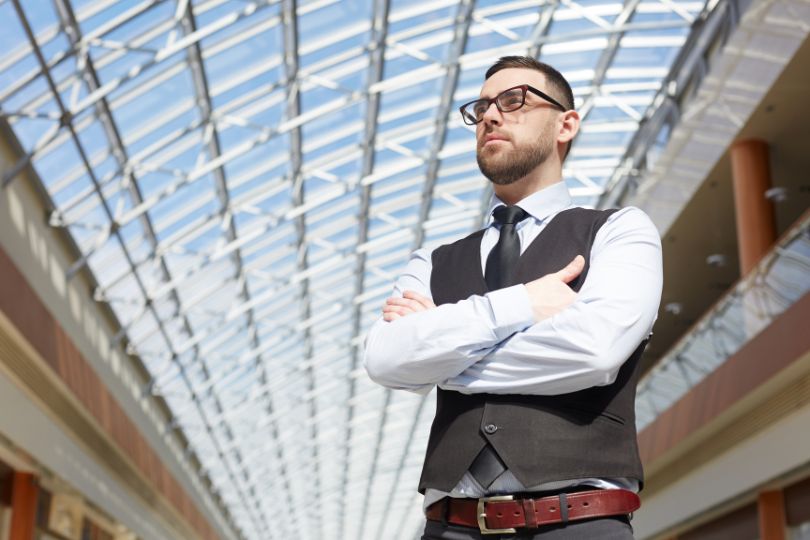 The Dominant Leader is often described as “Confident,” “fast-paced” “results-orientated”, and even “intimidating”.   A dominant leader also takes the initiative quickly, seeks control and autonomy and is bottom-line oriented.

The leadership ranks are overrepresented by people who exhibit the dominance trait so there is a high probability that you will work for manager high in dominance during your career. Those with a dominant style often ascend the hierarchy due to their relentless focus on results. We’ve often worked with entire leadership teams who all measure high in dominance. As with all traits, dominant leaders have strengths but also shortcomings.

Leaders high in dominance leave a huge footprint on their environment and they can have a profound influence on the behaviour of those around them.  So how can you develop a mutually productive relationship, where you are able to help them deliver the results they strive for, yet you are able to do the job in the way you see as most effective? How can you retain your individualism and able to play to your strengths and not feeling the need conform?

Traits are habits of behaviour, thought patterns, and emotions and they produce a drive in individuals to behave in a certain way. They are characteristics that are relatively stable over time. For example, someone who is high in the extravert trait, is likely to be social in a variety of situations and will have been over their lifetime. There are a lot of influences on people’s behaviour, such as life stage, experience, maturity and their level of personal development. So traits are a useful guide to give you insights but not a step by step instruction manual!

Our preference for dominant leaders isn’t just apparent in organisations. Extensive research into politics has explored what influences our voting choices. The researchers found that when people experience upheaval or uncertainty in their lives, they are more inclined to support a strong leader who emphasises control as a way to reduce the voter’s own feelings of anxiety and lack of control in their own lives. The greater the level of economic uncertainty experienced, the more we’re inclined to vote for the more dominant candidate.

What are the downsides of the dominant leader?

Extensive research on the impact of dominant managers has identified some unintentional and negative consequences on individuals and teams. Dominant managers can inadvertently foster a competitive environment and reduce cooperation among their employees. This can create an overly zero-sum mindset, in which people believe they can only progress at the expense of others (Kakkar, 2017).

What are the needs of a Dominant Leader?

For a leader who measures high in dominance there is often a core need to be strong and have the power to shape their external environment. This power equips them with the ability to fend off any incoming threats and reflects an assumption that the world is a tough place.   By being productive and delivering results, they feel less vulnerable and they have the respect to hold their ground.

A highly dominant leader also has a need to have control over the factors that have potential influence over them. This can often lead to a drive to be on top. Everybody likes to to win, but dominant leaders really like to win. Being on top can be a barometer for them of well they’re doing and if they’re on the right track. The idea is that a large footprint in the world then allows the leader to extend their influence.

A final core need is to always be moving forward and making progress to show their value to their organisation. It’s often a restless energy as their brain tells them they are wasting time if they’re not accomplishing something. They can often find it confusing when team members don’t share the same level of drive.

Goal setting with a Dominant Leader

When it comes to goals, dominant leaders often have a very clear vision of how they want things to be, how it should be achieved, and this is underpinned by an impatience that it isn’t happening quickly or efficiently. They set very high standards for themselves and others. So, when people don’t live up them, it can irritate, and possibly even anger them.

Competence is important to the dominant manager, so when they perceive someone as incompetent it can be stressful for them, eventually they will write off the individual and work around them. It’s important as a team member to ensure your manager perceives you as competent, so make sure you share your successes and specifically what you did to make it a success. It’s not about boasting, but it’s not about being overly modest either. It’s about giving a factual account of your contribution.

Setting the Pace with a Dominant Leader

When it comes to decision making as soon as a decision is made, dominant leaders have a strong impulse to start executing straight away. To a direct report it may feel like they are rushing too quickly. However, the dominant leader feels it’s better to not waste time deliberating and deal with any mess later. Remember, the dominant manager is much more focused on the result rather than the path. The focus is on ends not means.

There are downsides to moving so quickly and expediently. It can create an unpredictable environment for team members because they may not be able to see the vision as clearly as it is in the managers head. If the manager is also getting frustrated or irritated because things are not moving quickly enough this can create tension. So, it’s essential that a direct report takes the time to get the manager to articulate their vision and their expectations.

This focus on speed can also mean that the dominant manager doesn’t take the time to put themselves in the shoes of their team and think about the impact on them. That is potentially seen as beating around the bush.  They value being directive over incorporating the opinion of all the different team members and making sure they don’t hurt anyone’s feelings. There is an expectation on the team member to share what they think as it’s a much more efficient way of communicating.

Providing feedback to a Dominant Leader

If you have a disagreement with a dominant manager they become very direct, even blunt. They won’t welcome being told that their idea has flaws or their behaviour is negatively impacting the team. They have such a clear view of the goal and the way in which it needs to be achieved that they can be prone to challenging feedback that doesn’t align with their world view. Whilst they definitely won’t thank you for the feedback initially they often listen in hindsight if the feedback is well thought through and helps them achieve their goal.

If you disagree with a dominant leader, take issue with facts, not the person and focus on creating solutions. Don’t get drawn into an argument and feel the need to win. They are likely to be more comfortable debating and disagreeing than you are. However, make your point and focus on the results, then leave it with them to reflect on.

Guide to optimising your relationship with a Dominant Leader

1. Know What does a Dominant Leader Want:

2. Emphasise the concrete results they can expect

The dominant leader is focused on results and is typically very good at setting goals and deadlines but the traits that make them successful can also make them challenging to work with. Understanding their drivers can play a significant part in building a successful relationship with the dominant leader.

Find out more about understanding leadership styles and sign up to our newsletter for regular updates.