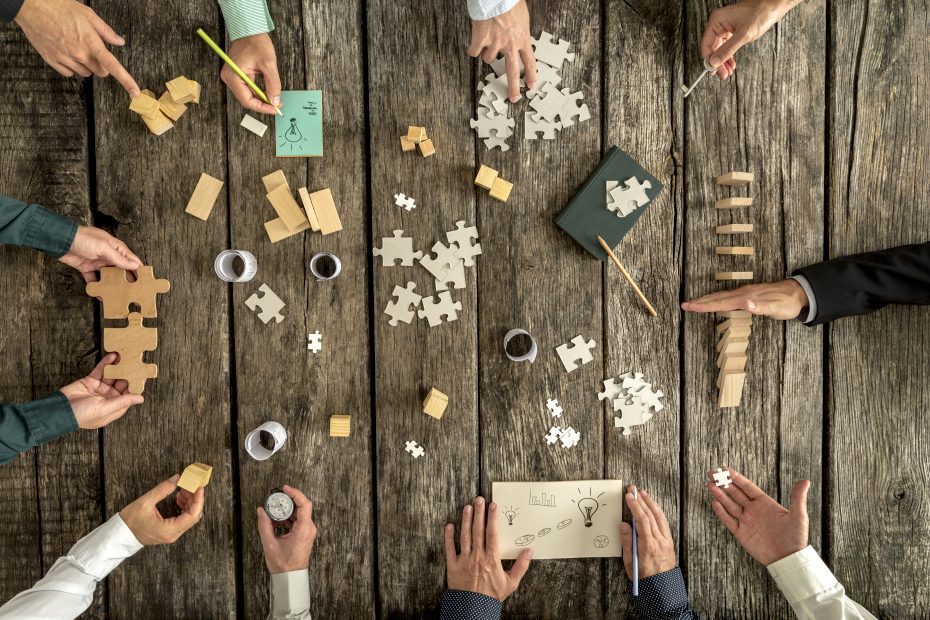 We’re constantly faced by dilemmas in the workplace where we need to apply our judgment and make a difficult call. “I’ve got an opportunity to invest £2000 in a high impact social media campaign, but my director is away”.  “A project requires an immediate change in project scope, should I wait for it to be approved by the committee or approve the change myself“,  “We’re really close to achieving our quarterly target, if we’re going to achieve it, we’ll need to take some people off a major long term IT project which will create delays.”. If we have to constantly escalate key decisions to management, then our managers become an unwanted bottleneck, and everything slows down.

So, what can organisations do to support employees who are faced with decision-making dilemmas and give them the confidence and guidance to make decisions? Setting decision-making principles are a practical way for leaders to empower effective decision-making throughout the organisation without having to control everything. They set out principles, guidelines or requirements that everybody in their organisation should follow when they make decisions. When thoughtfully written, your decision principles or criteria allow you to translate your vision, strategy, and mission into the daily decisions and actions of your people regardless of location, responsibility, or time zone. It gives your people the freedom to apply their own expertise to a situation but not without accountability or guide rails.

World famous organisations such Wikipedia, Amazon and Netflix have embraced the idea of setting decision criteria for their organisations after becoming frustrated with the speed of traditional decision-making approaches. They decided to develop principles that gave guidance for their people to follow. The aim was to make them more flexible than rules, policies and procedures.

Jimmy Wales, the founder of Wikipedia, originally launched Nupedia with the concept of inviting anyone to submit encyclopedia entries. It was revolutionary at the time. He was concerned about quality levels, so he employed an editorial team, including subject matter experts to review the submissions. They devised a seven-step approval process which resulted in just 21 articles being published in its first year. Frustrated at the lack of progress, Wales made the decision to remove the editorial team, set some basic guidelines for submitters to follow, and invited people to review each other’s submissions. Submitters were allowed to only share established and recognised knowledge and they should not take sides of an argument. The removal of this bottleneck was dramatic. The number of submissions increased by over 1000% to 200 articles in the first month, reaching 18,000 in the first year. With just a few guidelines, the contributors have been liberated to help Wiki become a site with 56 million articles, receiving 17 million edits per month.

Ambitious modern organisations rely on speed and flexibility, constantly responding to changing customer demands and staying ahead of the competition. A company with a bias towards hierarchical decision-making is at a significant disadvantage.

Reed Hastings, CEO, and Patty McCord, Chief Talent Officer, of Netflix recognised this early on. They found that its hierarchical decision-making approach was creating a significant drag on their growth ambitions. Hastings as CEO had the personal intention of making as few decisions as possible, in order to allow his people to step up take responsibility and develop new products and new initiatives. He wanted to stop people blindly following instructions or rigidly sticking to process, instead, he wanted his people to be consistently asking, ‘Couldn’t we do it this another way instead?’” and ‘What’s best for the company?’.

So together they developed their famous “freedom and responsibility” slide deck. The aim of the slide deck was to set out a methodology for liberating their employees to make decisions that serve the best interests of the organisation. The slide deck outlines the 9 expected values of its employees in order to enable them to do their best work and do the right thing for the organisation.

Since the launch of the slide deck, Netflix has experienced explosive growth. It has grown to over 200 million subscribers, £25 billion in turnover with 10,000 employees at a compound growth rate of 36% since 2021. In the slide deck the first value “Judgment” is accompanied by specific behaviours its people should apply when making a decision. Examples include “You identify the root cause and get beyond treating symptoms”. This sets out the expectations that employees take the time to really understand the problem they are trying to solve. The aim is to stop people coming with readymade solution decisions and then start advocating for it. The imperative is for them to do some route cause analysis. “You are egoless when searching for the best ideas” encourages decision-makers to not get too attached to their solutions and invite challenge and counter ideas by their colleagues. To overcome the threat of siloed thinking and encourage enterprise awareness they developed; “You seek what is best for Netflix rather than what is best for yourself or your group”. They also provided guidance on the level of risk they wanted their people to take without bogging them down in red tape with; “You take smart risks”.

Finally, they provide guidance on how to prioritise your decision making “You smartly separate what can be done now, and what can be improved later”. These principles are how managers at Netflix hold their people accountable. Netflix has a ruthless approach to ensuring it has the best talent and letting go of what it deems average performers. The 9 principles are a way of managers ensuring that their people are working in the right way and making a positive contribution to the culture and performance of Netflix.

Amazon is another recognised example of an organisation that sets clear guidance to decision-makers across its workforce of 1.3 million employees worldwide. It’s second leadership principle “Ownership” set out that decision-makers should “think long term and don’t sacrifice long-term value for short-term results”.  This is important as it provides clear guidance for decision-makers who may be feeling pressurised to hit a monthly target, but at the expense of delivering on an important long-term project on time. They also demand that their decision-makers speak to numerous people outside of their own team when making a decision when they state, “seek diverse perspectives and work to disconfirm their beliefs”.

If you were to empower the people in your team and organisation with decision-making principles, what would they be? We’d love to hear examples from your organisation.