Home » Blog » What is the Dunning-Kruger Effect?

What is the Dunning-Kruger Effect? 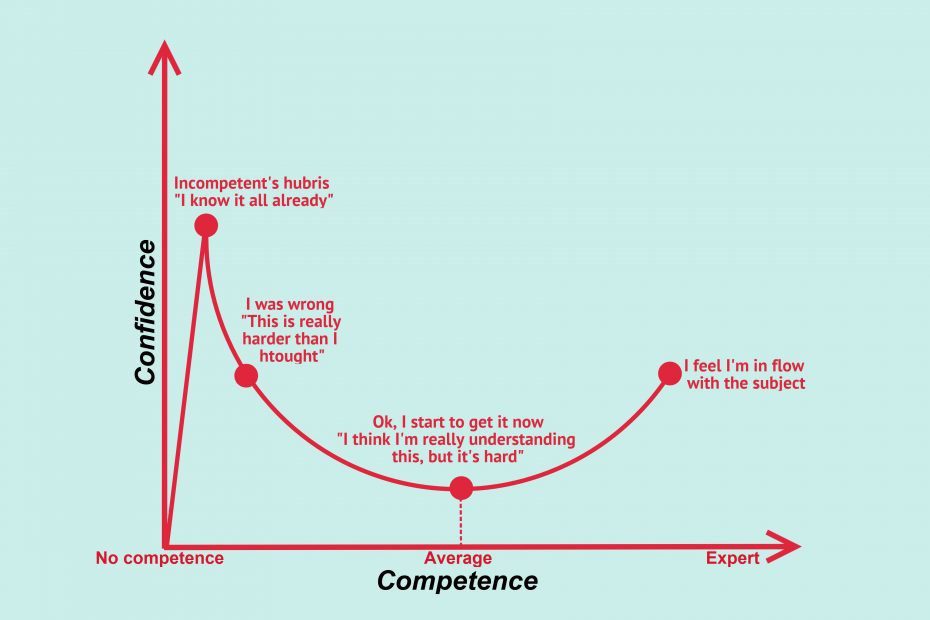 The Dunning–Kruger effect is a cognitive bias where people with low ability at a task overestimate their ability. We’re often invited in to work with leaders or teams who have a perspective that they are “high performing” but in reality are underperforming and often creating chaos in their wake. When things are going wrong, their perspective is often we’re great, and the blame lies elsewhere. This is often because they don’t have the ability to distinguish between good and bad performance. They may have had little exposure to being in a constructive team or worked for an effective manager.

They tend to overrate themselves because they don’t know what good looks like or because it’s just too painful to allow themselves to acknowledge that they are not as good as they would like to be. We work with them to compare their self-assessment with objective feedback to help them to gain a more realistic understanding of their actual abilities and the impact they are having on others.

The Dunning Kruger model is a really effective way of showing the journey we take a leader or team on. It can be extremely challenging for individuals as they start to challenge their self-perception, accept themselves as they are and start to make changes. You have to be empathic but willing to challenge them as you start to introduce a lot more grey into their black and white perspective. This is why it’s often called transformation. It requires support from the people around them and a lot of courage from the individual. It can take some time to create long-term sustainable change but the results are often transformational for them and the people around them!